How popular is Jack London today? Does his writing style have anything to offer to writers in the 21st century? Here are Jack London writing tips based upon his life and work.

His work has staying power. London is still studied in high schools and colleges, and in 2020 Harrison Ford starred in a movie of London’s Call of the Wild, one of his most famous novels.

Here are a few quick facts about Jack London to give these writing tips some context.

He was born in 1876 in San Francisco and grew up in Oakland. He died at age 40 in 1916 at his ranch in Sonoma County, just north of San Francisco.

London didn’t just hang around the San Francisco area, however. Among other travels, he went to the Yukon in search of gold, was a correspondent in the 1904 Russian-Japanese war, and traveled widely throughout the South Pacific aboard his yacht, the Snark.

Jack London was an Ardent Socialist

London would have been very much at home among today’s left-wing radicals. He declared himself a Socialist and supported socialist causes. London didn’t write, “Sincerely yours,” when he ended a letter. He wrote, “Yours for the Revolution” over his signature.

In addition to the regular Socialists agenda, he was a big supporter of the environment and animal rights.

As a radical Socialist, he embraced two ideas that might get him canceled today.

Even though he was said to be an abortion survivor himself, London advocated Eugenics.

That is the selective breeding of humans to improve the quality of the population. In a practical sense, that meant killing or sterilizing mental and physical defectives and criminals.

It also is the philosophy that gave rise to the old US laws that made it a crime to marry outside your race. And this progressive notion about inter-marriage is what gave rise to racial segregation.

Jack London believed in Eugenics so much that he married his first wife because he thought she would make good breeding stock. He disliked her according to all reports, and he divorced her soon after their second daughter was born. 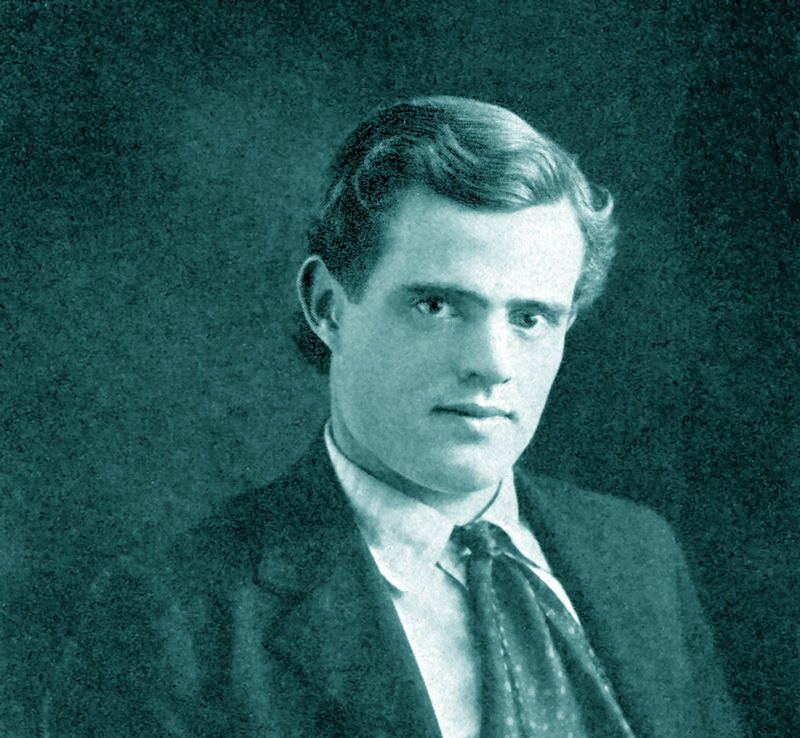 The other Socialist doctrine of the time? London was an apparent racist. This is odd since his birth mother gave baby Jack over to a neighbor woman named Jennie Prentiss to be wet nursed. And she ended-up raising the boy almost as her own.

Later, she is the one who put up the money that allowed London to buy the oyster-pirating ship, the Razzle-Dazzle. That single act triggered all of London’s seafaring adventures and his writing career.

So, who was Jennie Prentiss other than London’s beloved foster mother? Well, she was a black woman, a freed slave, who had moved to San Francisco after the Civil War.

Most of his animus was aimed at “the yellow peril.” In a 1910 story he wrote, he advocated biological warfare against China to wipe them out before they took over the world.

Before we look at his writing style and what you can learn from it, let me tell you how he died. That adds context too.

How Jack London Met His End

He was a roaring drunk most of his life. The question is whether he died of acute alcoholism at age 40, or if he committed suicide by purposely overdosing on morphine.

In his autobiography, written three years before his death, he fantasizes about suicide. In one of his last novels, he portrays morphine is the preferred method of suicide.  Either way, he sadly died in a dissipated state of body and mind after a 22-year writing career.

This is where we get romantic notions about writing, I suppose. The suffering, addicted artist, and all that. We can only wonder how much better he could have been if he was clear-headed, and what master-work he might have completed in he would have lived another 20 or 30 years.

What writing tips can Jack London offer us? 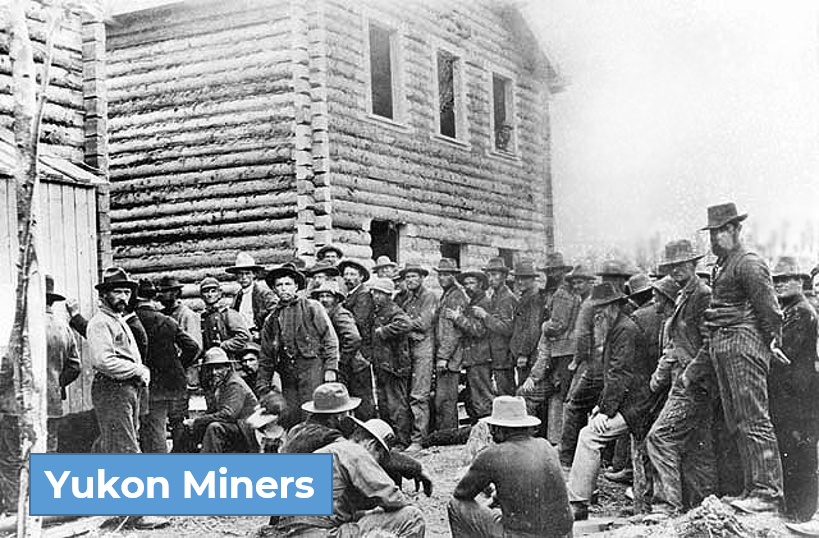 They come from his life rather than the explicit tips I discuss later.

I’d say the first thing that stands out is that London was a self-taught writer. He had a high school education, and he did attend the University of California, Berkeley, for a few months before dropping out, but he had no formal literary training.

Because he was self-taught, he had a very natural style. He simply wrote what he saw and heard. He came to writing with few preconceived notions, and he was fortunate that people of his time favorably responded to his writing.

His most popular writing was on the theme of “man against nature.” He had real-life experiences, both in the Yukon and in the South Pacific, and he used them as the basis of his stories.

London’s first short story was called “An Old Soldier’s Story.” We need to remember that his step-father, the man from whom he adopted the name London, was a disabled Civil War soldier. No mystery about his source material there. By the way, London’s birth name was John Griffith Chaney.

London’s first novel was about eight years after his first short story and was called The Cruise of the Dazzler. No mystery there, either. As I mentioned, the Razzle-Dazzle was the name of the boat his black foster mother helped him buy.

“Write what you know” meant something to Jack London. But first, he had to live a life of substance to be able to capture all the important moments he put on paper.

He had many jobs from childhood on, including farmhand, selling newspapers on street corners, working in a cannery. He fished illegally, then switched and became a member of the San Francisco Fish Patrol. He was a hobo, roustabout, sailor, and gold prospector before he settled into the writing life.

The tip: Don’t just dream up stories.  Go out and have genuine experiences. Have life-challenging or life-changing experiences, and write about them. Sure, embellish them with your creativity as London did to fictionalize them, but remember his writing was rooted in real people and events.

That’s primarily what Jack London did. 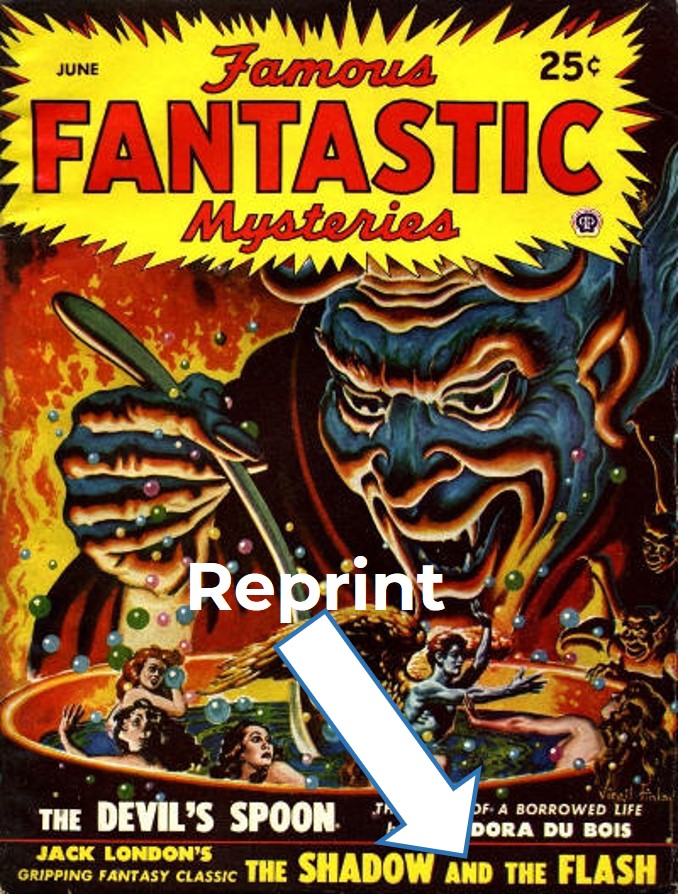 The second tip we can glean from his life is that he was not afraid to expand beyond his naturalism.

As I mentioned, he was a journalist covering a war for a time. He also wrote plays and poems.

Most people don’t realize it, but Jack London pioneered science fiction. He wrote about germ warfare in one story, about an energy weapon in another, and about men encountering a prehistoric Mammoth in another. His story, “The Shadow and the Flash” was about achieving invisibility. These were written in the early 1900s.

The lesson for writers today is that they should not be stuck in one genre. There is no question that London fictionalized his experiences for the most successful portion of his career, but he later branched out.

The Tip: Today, we all need to test the waters. Leave your comfort zone.  Challenge yourself. Accomplished writers can write engagingly about anything.

Jack London did have specific tips for writers. He offered them to a New York magazine in 1904. They are so commonplace that I almost didn’t include them. Here are his quotes in bold with my commentary after each one.

“Work! Don’t wait for some good Samaritan to tell you, but dig it out yourself.”

This is self-evident, isn’t it? I’ve been mentoring writers for three decades, and a common theme is that these people are always whining about not having an idea, or that they have so-called writer’s block. These types are not writers. Writers have stories gushing out of them. Jack London says, “Work!” Yes. There is no substitute for that.

“Fiction pays best of all.”

I love this one. Jack London, the grand Socialist, economic equality for all, was not above becoming a rich man himself. Some say he was obsessed with getting rich, whether it be in the goldfields of the Yukon or the publishing houses of New York City. So much for Socialism.

The lesson here is that failed writers often say they are not interested in making money. They often give away their books. Jack London would say such ideas are foolish. Go where the money is. That was the real credo of his life.

This is odd to me. Jack London had to be a reasonably fast writer to account for all the short stories, novels, and plays he wrote in his short career.

So, London was prolific.  I’m not sure what he meant when he said, “Don’t dash off a 6,000-word story before breakfast.” He probably meant, “Dash off 6,000 words before lunch.” Today, you must learn to write quality material quickly. As Jack London demonstrated, high productivity is important.

“Avoid the unhappy ending, the harsh, the brutal, the tragic, the horrible — if you care to see in print the things you write.”

He had plenty of harsh, brutal, and tragic elements in his writing. That’s part of what makes his stories so captivating. But they were in the first act of his novels and stories.

The second act is about how people overcame obstacles. In the third act of his stories, he offered triumph over the challenges.

“Keep a notebook. Travel with it, eat with it, sleep with it. Slap into it every stray thought that flutters up into your brain.”

This is old, wise advice offered by almost all successful writers. Do it.

Sadly, London did not follow his own advice about observing and recording situations in the last few years of his life.

It is said he bought plot outlines from budding novelist Sinclair Lewis. London was also accused of plagiarism because he based stories on news clippings, but did not transform them enough to make them unique.

The tip is that new writers either keep notebooks and write out of their unique experience, or that they learn how to transform existing content to make it their own.

I discuss how to avoid plagiarism here.

The Enduring Stories of Jack London

Let me say that I have been rediscovering Jack London.  Many young people read his novels and short stories in school, but you can enjoy them again as adults.

Personally, I have been listening to audiobook versions of The Call of the Wild and White Fang. There are also collections of his short stories in audiobook form.