J.R.R. Tolkien has had generations of readers. They’re attracted by his magical stories and his wonderful way of telling them. The Hobbit, and his Lord of the Rings Trilogy and his characters, Frodo Baggins, Gandalf the Grey, Bilbo Baggins, and the sinister Gollum will live in the minds of readers until the end of time.

You can learn to write like J.R.R. Tolkien when you understand his motivation and use his techniques.

How Did J.R.R. Tolkien Create His Magic?

The first thing we need to realize is that more than many other writers, Tolkien’s writings were rooted deeply in his perceptions and experiences of his world.

Tolkien did not just think up imaginary worlds. He reshaped his world into something unique, including geography, people, languages, experiences, and beliefs.

When you understand his background, it becomes clear about how he was able to do this, and you can learn to write like J.R.R. Tolkien.

Tolkien was born in South Africa in 1892 while his British father served as a bank manager there. 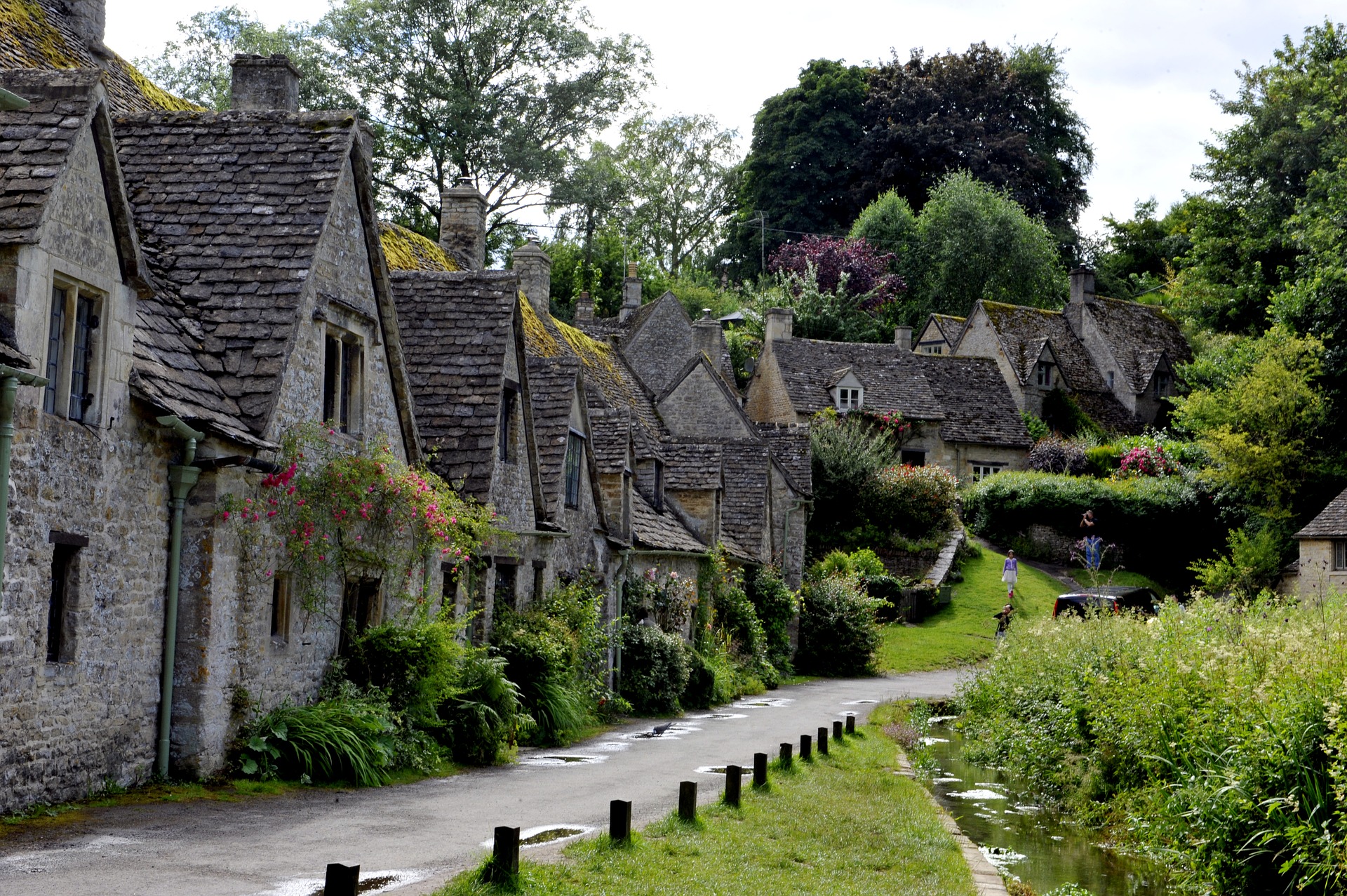 At age three, he returned with his mother and brother Hilary to Britain for a visit, but while there his father died in South Africa. Without an income, Tolkien’s mother moved in with her parents in a then-rural village near Birmingham.

His childhood mental images of the idyllic region, as it was in Victorian times, powerfully influenced Tolkien. Scenes of those places often appeared in his tales.

Tolkien was homeschooled in his early years. He could read and write by age four and had acquired a rudimentary understanding of Latin by then too.

He loved the study of plants but was particularly attracted to languages in his formative years.  That linguistic interest became an integral part of his writing in later years.

From an early age, he fell in love with Norse legends, and we know he used elements of them in his later work.

A Time of Transition

Tolkien’s mother died of Type 1 diabetes at age 34 when Tolkien was 12 years old. She put him and his brother under the guardianship of a Catholic priest, Francis Xavier Morgan.

Under Father Morgan’s guidance, Tolkien’s education continued at King Edward’s School and later at St. Philip’s School in Birmingham.  He graduated with first-class honors from Oxford University in 1915.

The teaching he received from his mother, and later educational experiences, had a significant impact on his writings.

The Impact of World War I On Tolkien

One of the most significant influences in Tolkien’s writings was his experiences in World War I. Tolkien was engaged in major conflicts, including the Battle of the Somme,  and saw horrific sights that sparked battle scenes in his later books.

But more than just scenes, Tolkien was influenced by the great conflict between good and evil he witnessed, the human cost of it all, and the eternal consequences of it.

Tolkien became ill with Trench Fever and was shipped back to England in late 1916 where he endured a lengthy recuperation in various hospitals. Trench Fever is a bacterial disease carried by lice, and about one-third of all British troops became ill with it. In addition to severe aches and pains, one of the characteristics of the affliction is that it’s painful to move your eyeballs. Back when Tolkien acquired the disease, it was recurring and took years to cure.

After the war, Tolkien used his linguistic abilities as a university professor. In 1945 he became the Merton Professor of English Literature at Oxford and remained there until his retirement in 1959.

What is writing tip from the Shire? It’s that Tolkien used all his experiences, good and bad, to shape his worldview and his writing. Tolkien was a devout Christian, and he believed in the ultimate triumph of good over evil, and that is evident in all that he wrote.

You will be a better writer if you have many experiences and draw on them like drawing water out of a well.

And draw on your beliefs too. We have a lot of writers these days with dystopian views where evil triumphs over good, but there’s only a narrow band of people who are willing to accept that as the ultimate outcome for humanity.

Tolkien had many dire scenes, but we know from his beliefs and his writing that they were mere speed bumps in a plan to led to a greater good.

In Tolkien’s case, the substance of events and feelings were real, and he overlaid them in his magical lands. He even used the personality traits of people he knew in the characters he created. 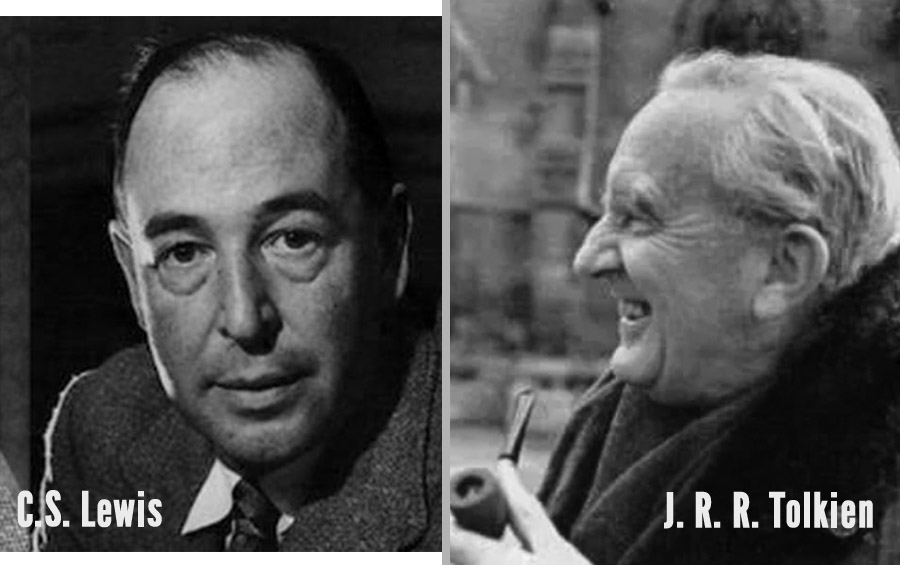 Tolkien valued input from other writers.

Most writers I know today write in isolation. They may share their work with beta readers or a few others after they have finished their first draft, but that’s about it.

Another problem I see in today’s writers is that they can’t take positive, helpful feedback. They are crushed by every remark.  That’s just vanity in action.

No writer has to do as their critics say, but it is wise to listen to the thoughts of knowledgeable people you respect.

Tolkien was very open about his work.  He belonged to an Oxford group called The Inklings which included prominent writers such as Charles Williams, Owen Barfield, Neville Coghill, Adam Fox, and others.  Most importantly the group included C.S. Lewis.

These people in the Inklings sat around a table in a pub in Oxford nearly every week for about 20 years and read their works-in-progress to each other.

Portions of both The Lord of the Rings and The Chronicles of Narnia were read in this group.

The fact is, Tolkien was ready to give up after a few first efforts. He gave an early Lord of the Rings-style draft of it to Lewis.

C.S. Lewis encouraged Tolkien to keep writing,  and as a result, Tolkien’s legendary sagas was born. Tolkien once said, “[Lewis] was for long my only audience.”

So, the tip is this. Open up to others as a writer. Find experienced writers you respect and meet with them regularly. It would be nice to be able to meet with them every week in a pub in Oxford, but you can meet with them online if you must.  Don’t be an isolated writer. Share your work and encourage each other.

Tolkien continued to write even though he had times of self-doubt. 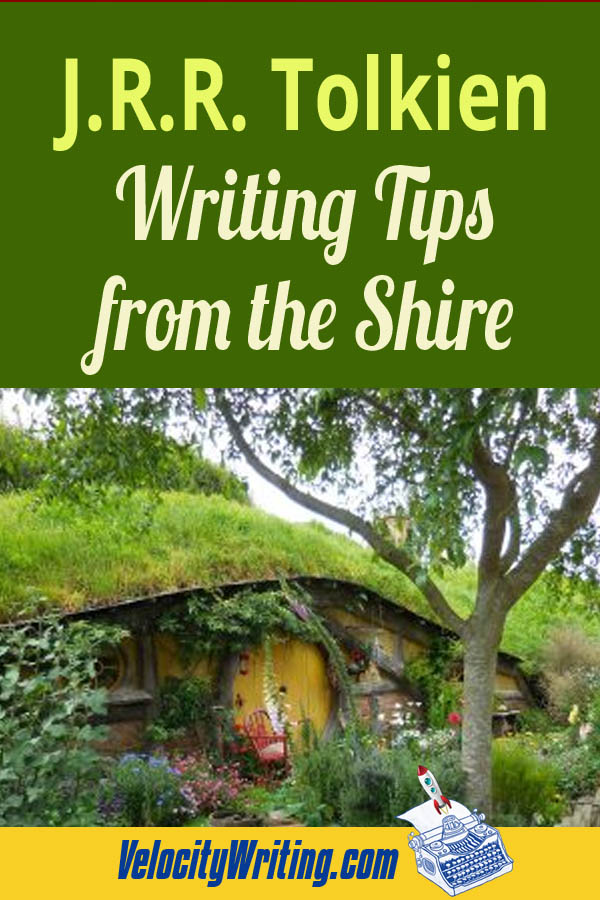 He had a full-time teaching job; he was ill at times, he worried about his children and all things that concern ordinary people.

But the thing I find fascinating is that, like you and me, Tolkien had self-doubt about his writing. He was continually revising scenes after he wrote them.

He often doubted the quality of his writing. Years after publication, he wrote a letter to a friend and said, “I now find the Lord of the Rings good in parts.”

Can you imagine that? The master was his own worst critic.

It’s not that you need to get rid of self-doubt. We all have it, but we need to control it. It’s not that you should obsessively revise your writing, although revision is where stories mature.

The tip is that you will never know how good your ideas are until put them together in your story. The essential thing any writer can do is to get their whole story on the page, and only then revise it. Don’t revise as you write.

You may seem to be writing junk in a particular paragraph, but you have to complete your work to know for sure. Talk nicely to yourself as you write each page. Encourage yourself.

So, those are the three tips from the Shire:

Will there ever be another writer in the fantasy genre as great as Tolkien? That’s up to debate.

My guess is probably not. His writing emerged out of his unique period in history, geography, war experiences, education, his faith, and his relationships.

Does that mean that you can’t aspire to do what he did? No, that is a worthy goal.

Writers should read Tolkien’s books once (or twice) for pure enjoyment.

Then read them another time or two with a notebook to jot down how his characters are introduced and evolve, and the setting and scenes.

There is a Master’s course in writing in each Tolkien volume. If you aspire to write great books, step into Tolkien’s classroom.

Keep in mind that your goal is not to copy what Tolkien has done. Your goal is to learn techniques that you can apply to your own unique work. Use tools from his Shire tool chest to build your own worlds.