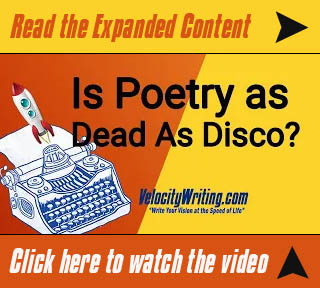 Poetry is a hot topic. And I don’t mean that poetry books are selling like hotcakes. They’re not.

This is a hot topic because poets can be very emotional about poetry in general, and their poetry in particular. So, I will have to dance my booty off to avoid attacks by Saturday Night fevered poets.

Let’s answer the basic question. Is poetry as dead as disco? Well, disco isn’t exactly dead, but it is an acquired taste.

We’ll look together at poetry, the market for it, and how poets can make money with poetry.

The Popularity of Poetry

Let me throw a name to you. Joy Harjo.  Who is that?  Think a moment. 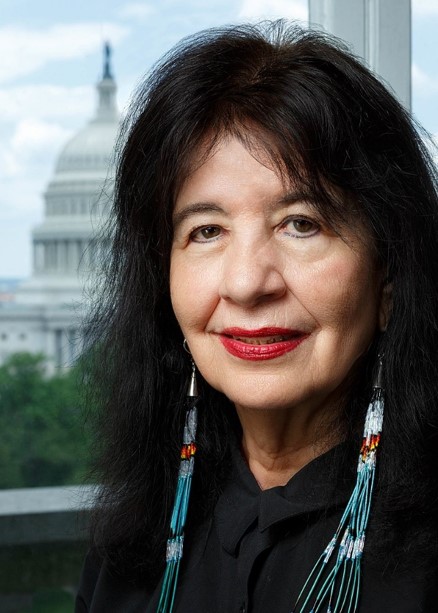 She’s the current “Poet Laureate Consultant in Poetry” to the Library of Congress. She will serve two years before they pick another person.

By the way, according to the Library of Congress, the law states that such a consultant “is equivalent to that of Poet Laureate of the United States.”

So sad. Damned with faint praise! Before 1985 “Poet Laureate” meant something. Now it’s just a consultant with an equivalate meaning.

So, if you knew her name, she gets a good job review. If not—well, she didn’t raise much consciousness, which speaks to the state of poetry in America.

And America is not alone. Many nations are also seeing less interest in poetry.

One Newsweek staffer summed poetry up for most people a few years ago. This person was a literate, college-educated person, and made their living as a writer.

Still, this writer said, when younger, “I was an avid reader who despised rhymed and rhythmic writing. Plowing through tangled symbol and allusion, I wondered why the damn poets couldn’t just say what they meant.”

Later, this same writer gained some appreciation for poetry and analyzed why interest in poetry has faded. The conclusion:

“People don’t possess the patience to read a poem 20 times before the sound and sense of it takes hold. They aren’t willing to let the words wash over them like a wave, demanding instead for the meaning to flow clearly and quickly.”

And so, we have it from a reader’s perspective. Readers no longer appreciate Walt Whitman, Emily Dickinson, or even Sylvia Plath as they once did.

Sales statistics for poetry are hard to come by, but Statista reports that over a decade, only about 10,000-12,000 new poetry titles are published each year. There are spikes at times.

For example, Emma Watson of Harry Potter fame started talking about the poetry of Indian-Canadian poet Rupi Kaur. As a result, her book of poems and drawings, called Milk and Honey, hit the New York Times bestseller for a while. She made a pile of money off that.

There is a small group of notable poets today. But we have little true idea if they are making money from their art or if they are reduced to being published as social media memes.

Let me mention that not everyone agrees that what these people are writing is poetry. Much of it is more like pity epigrams, not poems. However, poetic forms do change.

Why did poetry go into a nose-dive as an art form? Reader response to it was a major factor.

The Newsweek columnist nailed it as I mentioned. “People don’t possess the patience to read a poem 20 times before the sound and sense of it takes hold.”

But we can’t blame readers alone. Poetry went bad because poets started turning out massive amounts of drivel that no one wanted to read.
I took an in-depth look at poetry books on Amazon, but I will not name names. I did see trends, however.

To me, this reinforces my opinion that just because you can self-publish doesn’t mean you should.

This should trigger a question on the part of poets.

That’s is, why are all these self-absorbed introspective poetry books going on the trash heap when there is a resurgence of interest in the poetry of people like Rupi Kaur, r.h. Sin, Amanda Lovelace, Atticus, and others in that elite group?

Well, they are writing about the soul as poets always do. But they are finding new words and new methods of expressing soul yearnings. They are looking into a mirror, but they also see you and the world in the reflection.

These poets are writing about things that matter. It’s not gushy romantic, moon-June rhymes. They are writing poems about indigenous peoples, social justice, women’s issues, and other topics that grab the interest of today’s readers.

That is the point. Young people might read Walt Whitman for a class they are taking. Still, if they want their souls inflamed—as poetry has a reputation for doing—they want poems about world-changing topics.

Today, if you are going to be a poet, you must be a poet-warrior.

Reshaping Poetry for Our Time

If you intend to be a poet with a following, you must have an agenda that resonates with readers. Yes, a poet like Rupi Kaur comes across as a little sentimental at times, but she is a woman with a message at her core. Here’s one powerful example about the role of women: 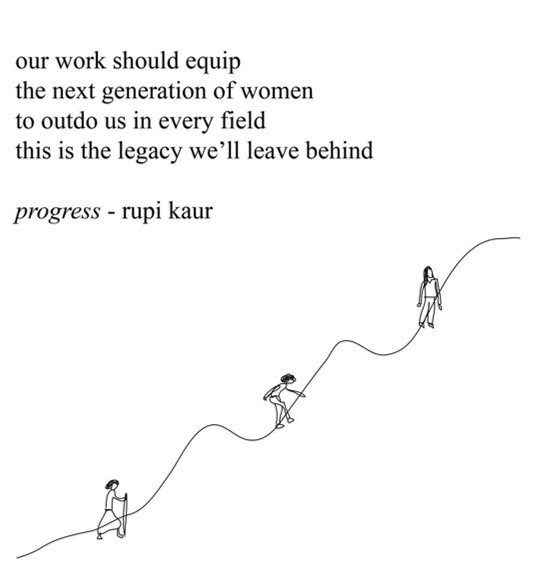 So, my advice to poets is to stop being self-absorbed.  Your romanticism and angst are not unique. Readers don’t care since they’ve already been through it themselves. If you insist on writing poetry about all the dreadful things in your life, do it, but then burn it.

Write poetry about things that matter to others.

Also, rethink how you distribute your poetry. Insta Poets on Instagram get lots of attention. Publish a book of those poems only after you have gained some visibility there.

There is Power in Poetic Words

You know, there is a man, an old geezer now, who wrote some powerful poetry that supported social change—from racial equality to prison reform and many things in-between.

Yes, and he wrote some lovey-dovey stuff too. But the Nobel Committee gave the Nobel Prize in Literature to Bob Dylan “for having created new poetic expressions within the great American song tradition.”

Hey, those weren’t just songs. Those words weren’t only lyrics. Dylan “created new poetic expressions.” And do you know something? You can do that too.

Old style poetry, with its old tired themes, is as dead as disco. In most cases, it does not speak to the present or the future. It’s the pipe smoked by those addicted to iambic pentameter.

We need to think of new ways to express new ideas in the form a new poetry.

But there were times when I didn’t know how to express the depth of what I felt.

So, I would write a poem to put my ideas and feelings in a concentrated form. The poem was a prototype for my expanded prose. 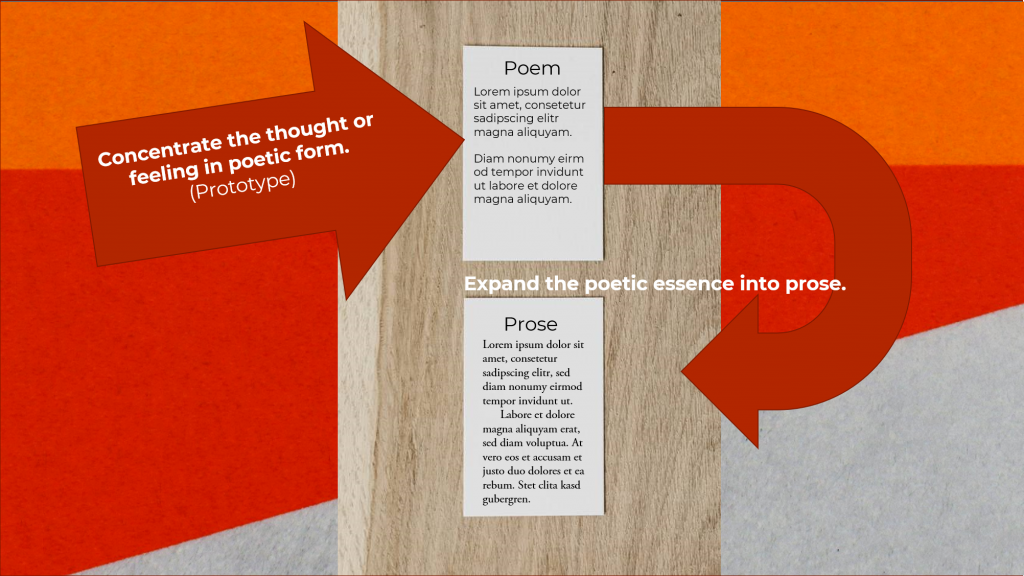 Then, after capturing the essence of my thought or feeling, I would expand that into prose. 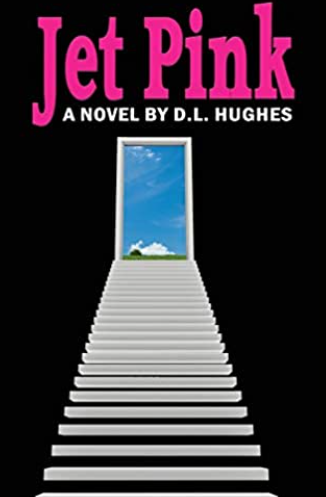 My novel, Jet Pink, is filled this kind of lyrical expression. I translated a number of my poems into expanded prose. There are even fragments of longer poems in it.

These poems go back many decades, and I never thought I would allow them to see the light of day. They were just the shavings of the workshop of my mind.

Only many years later, at the request of friends, did I publish a selection of these poems. It’s called Anti-Poems. There are 50 selected poems and a brief story about an afternoon in a park near where I used to live.

Why did I call it Anti-Poems?  Not because I’m a hypocrite about poetry. You know—the guy who thinks most poetry is so bland that it’s not worth printing—yet has published a book of poetry.

No, hypocrisy is not my thing. But I am into irony. Irony is defined as “The expression of one’s meaning by using language that normally signifies the opposite, typically for humorous or emphatic effect.”

Oh, the irony of Anti-Poems.

But if you read it, you will see many poems deal with social issues like the genocide caused by Hernando Cortez, the hope possible for psychiatric patients, abused inner-city children, and many other such topics. 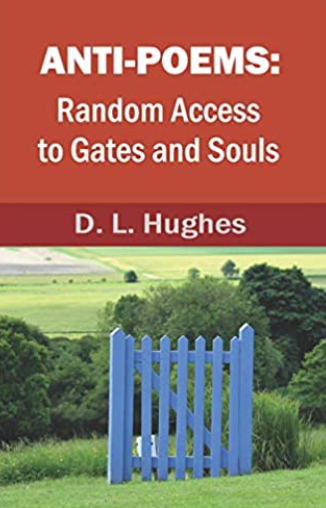 I was writing this kind of poetry decades ago. Some was converted to prose as I said; the rest went into a box and only recently emerged from it.

Are there love poems? Sure, but not of the moon-June type. I was always exploring poetic forms, right down to the Italian Ottava Rima, which has a unique rhyme scheme in 10-syllable lines. But there’s blank verse too.

So, I have an assignment for you if you wish to accept it. Think of an issue that inflames you. Sit down and write a poem that identifies the issue and offers a solution. Be creative. Keep it to one page.