One of America’s greatest writers, Ernest Hemingway, followed basic steps to better writing. He urged others to follow them too. I’m going to share them here along with my own notes about what he said. 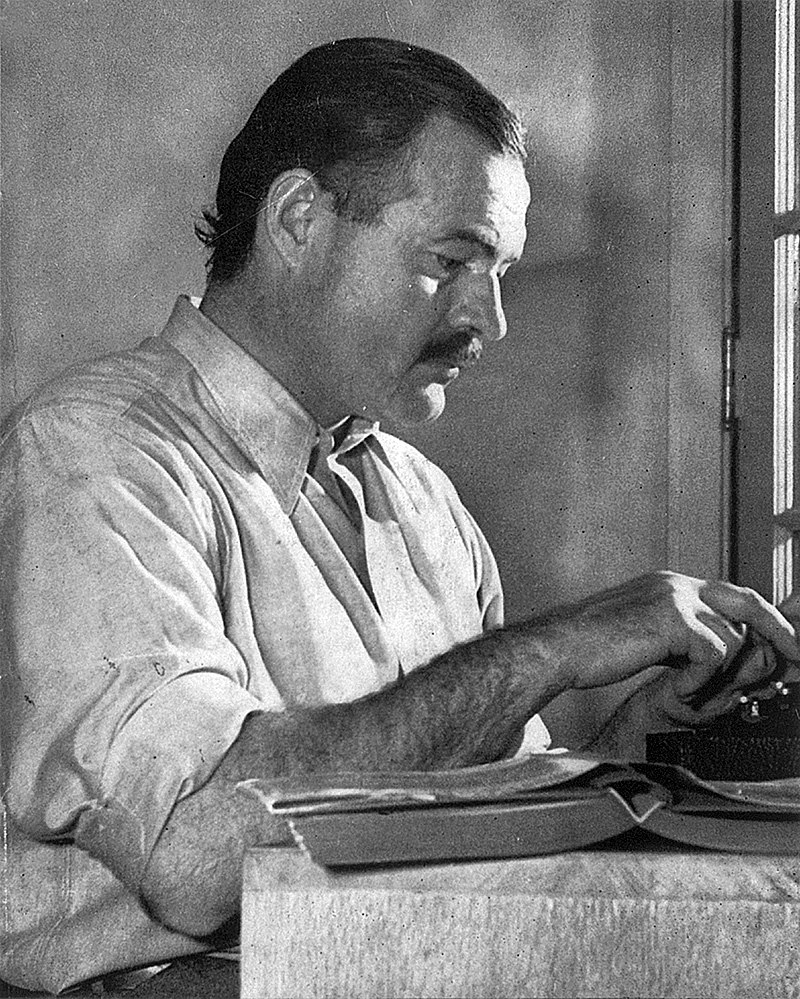 Ernest Hemingway was a powerful original writer and anyone who puts words to paper can benefit from learning about his writing style. He was such an excellent writer that it’s easy to get lost in his stories and forget to look at their construction.

He is best known for The Sun Also Rises, For Whom the Bell Tolls, The Old Man and the Sea, and The Snows of Kilimanjaro. He won a Pulitzer Prize in 1953 and the Nobel Prize for fiction in 1954.

What Hemingway says applies to all kinds of writing—fiction and nonfiction and any kind of media, whether your writing books, brochures or content for the Internet.

In this Writing Article hide
1 Hemingway’s Sparse Style
1.1 Use Short Sentences
1.2 Use Short Paragraphs
1.3 Use “Vigorous” English
1.4 Have a Positive Slant
2 Are You Another Hemingway?

Hemingway was best known for his sparse dynamic writing style. He learned that style at his first job as a reporter for the Kansas City Star newspaper. Here are the writing principles he applied to all his work.

Hemingway said writers should use short sentences. If you look at 18th and 19th-century books, you’ll see that the pages are filled with long sentences and paragraphs that extend over many pages. Oscar Wilde’s The Picture of Dorian Gray comes to mind in that regard. The second paragraph of that book contains a single sentence that is 127 words long. Hemingway was instrumental in changing that tedious style in the 20th century and it came about because he applied a journalistic style to literary work

Hemingway said writers should use short first paragraphs. People are reading more than ever these days thanks to the Internet. However, the Internet is the source of a lot of bad reading habits. People are more likely to graze than actually read, so you must grab reader attention instantly if you want them to read all that you have to say.

Once you’re happy with your opening paragraph, edit it some more. Polished the first paragraph. It’s so important that it deserves all the time you can give it. 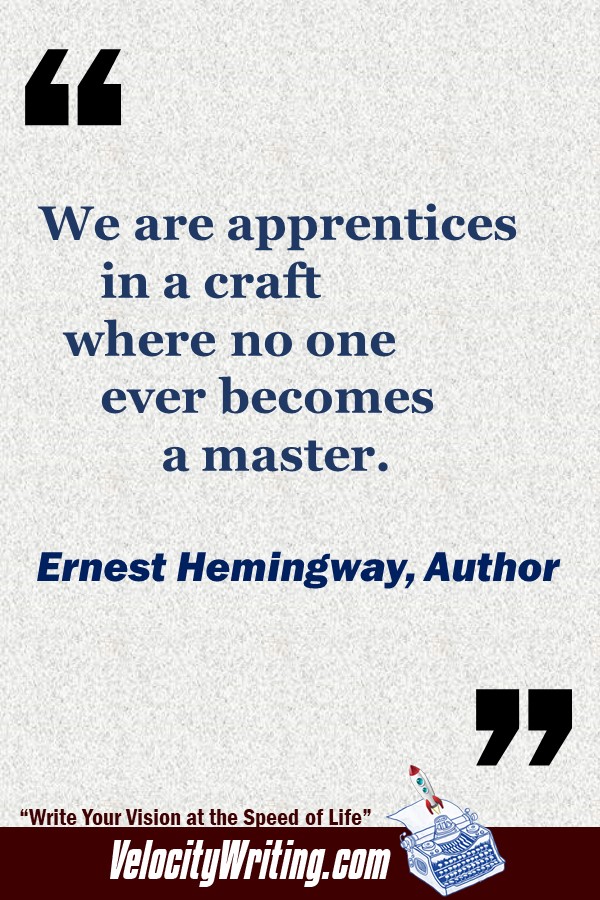 Hemingway said writers should use “vigorous” English. What is the source of vigorous language? It springs from the passion you have for your topic. To be vigorous, language must be highly focused. How you achieve that it is not in the writing but in the rewriting of your work.

Upon his completion of The Old Man and the Sea, Hemingway wrote his brother and said that he had edited the story so thoroughly that he did not believe there was a single wasted word in the entire book.

Today, too many writers think only in terms of completing the first draft. Once it’s finished, they think their work is done. That is far from the truth the real. Writing begins after the first draft has been completed. One of the greatest errors new authors make, and which I constantly address as a writing mentor, is that authors should never edit their work (revise it) as they write. The revision phase only starts after the first rough draft is complete.

Have a Positive Slant

Hemingway said, “Be positive, not negative.” What did he mean by that? He meant that writers need to be thoughtful about the words they use. It is important that writers write what something is rather than what it isn’t.

The best writing is positive even when discussing negative things. Virtually any negative thought can be translated so that the emphasis is placed on the positive aspect of it. A different mindset is required for positive writing. That may be a major shift in thinking for some writers.

Are You Another Hemingway?

in later years Hemingway talked about these four Kansas City Star principles for good writing. He said, “Those with the best I ever learned from the business of writing I’ve never forgotten them no man with any talent who feels and writes truly about the thing he is trying to say can fail to write well if he abides with them.”

Does that mean you should try to be another Hemingway? No, not even Hemingway himself would expect that. However, the principles he can be integrated into your own writing style. Your goal is to offer your readers clear, concise prose as Hemingway did. But beyond that, you want to strive to be a unique writer by expressing the world to your readers through your own eyes.