Of course, he was more than just a writer—he was a landmark writer.

He published a novel in 1957 called, On the Road. It was the story of the trip that he and his friends took and it recounts their many bizarre experiences. 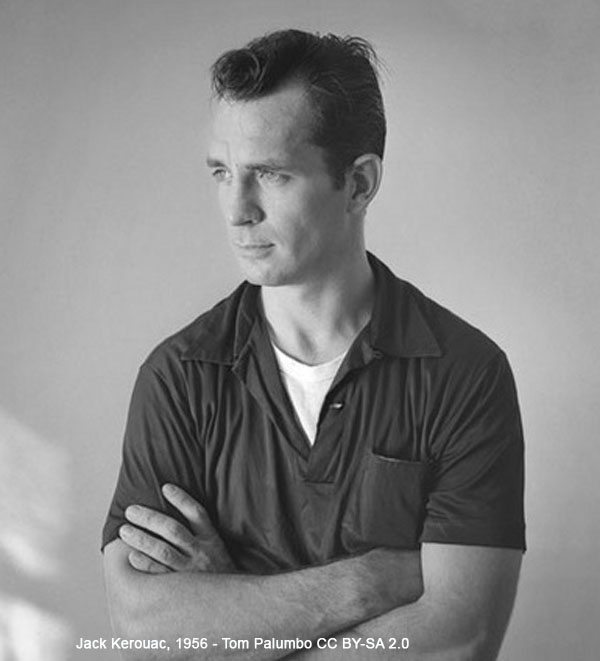 The thing that sets Jack Kerouac apart is that he set the tone for a new generation. He was a leader of the so-called, “Beat Generation.”

Kerouac and the “Beat Generation”

Many people think of Beatniks—bongo drums and all that—when they think of the beat generation. But his influence, his ethos, extended far beyond that.

In fact, I’m not alone in saying that Jack Kerouac was one of the main influencers of what became the 1960s counterculture.

Kerouac always hated being identified with Beatniks.  He felt he was at the forefront of literary and social change and was falsely tied to the world of Maynard G. Grebs.

One raging alcoholic guy from Massachusetts literally changed the direction of American culture with his writing. That’s why he’s important.

Jack Kerouac was a free spirit if there ever was one.

Rules Made on Dope?

He wrote 30 stream-of-consciousness rules for writing and life and they were included in a book called, The Portable Jack Kerouac.

His 30 points were so stream-of-consciousness, alcohol-induced and loosey-goosey that it’s somewhat difficult to make heads or tails out of them.

So, out of the 30 points, I’m going to highlight 3 major ones. They need some interpretation and I’m going to give you my own thoughts about what he said.

This is an important rule for all writers — keep notebooks of everything that you see, hear and experience.

Not many people carry notebooks around with them these days. Yet, you still need to capture the moment as Kerouac did.

You have a cell phone, so I suggest you write those snatches of experience as emails and send them to yourself. You may even want to set up a special email address restricted to this treasure trove of your thoughts and experiences.

There’s a second thing that Kerouac mentions and is easily overlooked. He talked of writing, “wild typewritten pages for your own joy.”

Today, many of us are writing with a purpose. We’re trying to reach a goal or make a dollar. We all understand that.

But have you ever sat down and written some wild crazy stuff for your own joy? Well, I think you should.

I strongly believe that writers need to outline their book just like Kerouac had a roadmap when he was on the trip that resulted in, On the Road. 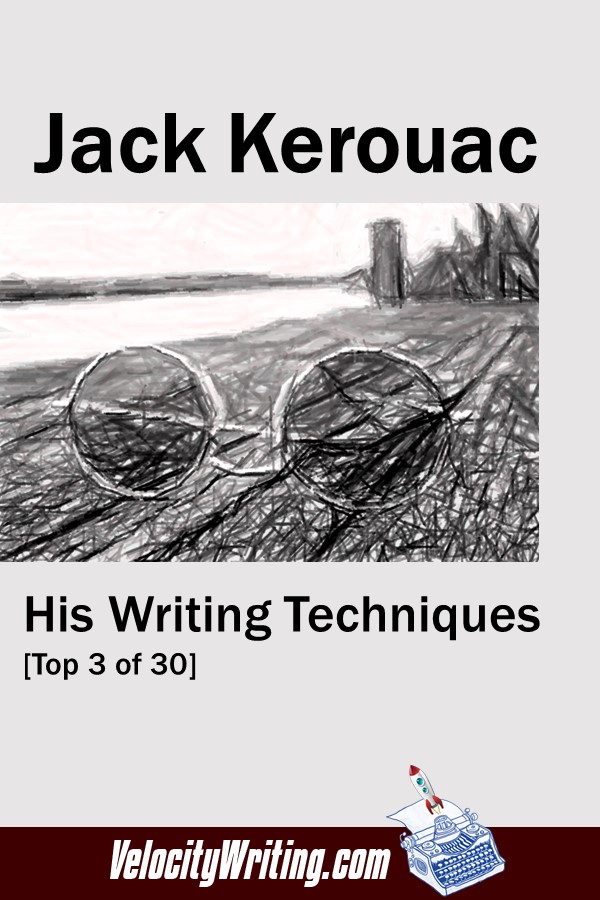 However, all the events that happened within the confines of that roadmap — all those crazy people and experiences — were strictly stream-of-consciousness.

As writers, we need both—structure like a map, but complete freedom to think and say anything that you want within that structure.

To me, that’s the genius of this particular point of Kerouac’s advice.

This particular rule is a minefield of contradiction.

Kerouac is famous for sitting down and writing On the Road in just a few weeks in 1951. It was a real stream of consciousness production. He had no literary inhibitions.

However, as I have pointed out in my various videos and courses, that draft of On the Road was such a mess that it required massive editing and was not published until 1957.

So what I think Kerouac was saying — and it’s very important — is that you should not over-think your first draft. Your prose becomes tremendously powerful when you just let it flow.

About the worst thing any author can do is edit as they write their first draft. Kerouac’s lesson is that you must let down all barriers when you write your first draft.  Allow yourself to experience the pure white light of raw storytelling.

There’s always time later to rethink what you said, what you meant, and do the housekeeping of grammar, spelling, and punctuation.

Yes, this is spacey. It appears to be an alcohol -induced statement. Nevertheless, there is a genius here.

What was Kerouac saying about the writing process? He was saying that writing is more than words. This applies to both fiction and nonfiction books.

You see, as writers, we have a vision in our own minds and our ultimate goal is to transfer that vision into the mind of another person. Of many other people.

Kerouac was saying that we do that best when we deal with pictures rather than words.

He stated that in another way in his list of 30. He said: “Don’t think of words when you stop but to see picture better.”

Kerouac saw himself, and he wants you to see yourself, not as a writer laying down words like bricks. He was a man with a vision and he thought episodically and visually.

The lesson from Kerouac, in this case, is that we are more than writers — we are like movie directors who have the power to cast an image on the screen.

In our case, as book writers, it’s not a television or movie screen, but the screen that resides in each human mind.

There’s an overarching lesson in Kerouac’s quixotic guide to writing.

It’s this — shed inhibition when you write and let your knowledge and experience flow through you like electricity through a power line.

You have the power to light up the world when you do that.